We’ve released a new patch for Arena Commander! Today’s patch fixes a number of bugs discovered by QA and Star Citizen’s backers and also further prepares for the full multiplayer rollout. The first 20,000 accounts have been given access, and more will follow soon! You can find the full report in the Patch Notes. 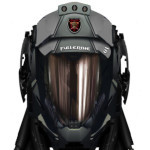